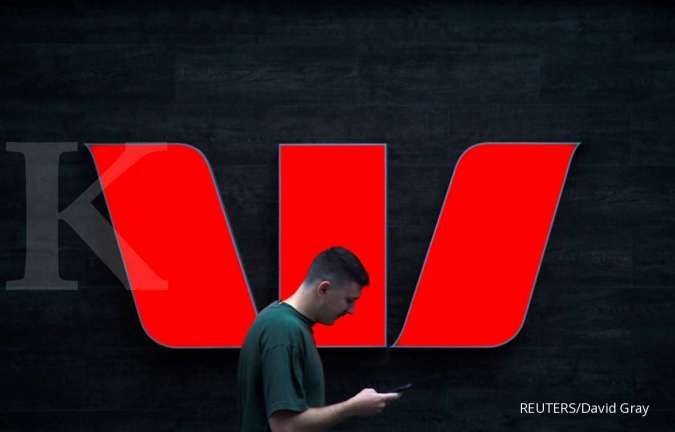 ILUSTRASI. FILE PHOTO: A pedestrian looks at his phone as he walks past a logo for Australia's Westpac Banking Corp located outside a branch in central Sydney, Australia, November 5, 2018. REUTERS/David Gray/File Photo

KONTAN.CO.ID - April 22 (Reuters) - An Australian court ordered Westpac Banking Corp to pay A$113 million ($82.92 million) in penalties for multiple compliance failures across its businesses, after hearing the last of the six cases filed against it by the country's corporate watchdog.

The Federal Court fined Westpac A$40 million for one of the six cases, related to charging advice fees to over 11,800 deceased customers in the latest hearing, the Australian Securities and Investments Commission (ASIC) said on Friday. It was the biggest fine of all the six cases.

ASIC's legal actions that were initiated in November include the lender's compliance failures across its banking, superannuation, wealth management and insurance business over many years.

Australia's financial sector has faced intense scrutiny since a Royal Commission inquiry in 2018 found widespread shortcomings across the industry, with charging the dead among the most common and damaging revelations.

"Over the course of 13 years, more than 70,000 customers have been affected by these failures, either by being incorrectly charged or given the wrong information," ASIC Deputy Chair Sarah Court said.

Westpac said it acknowledged the court hearing of all six civil penalty proceedings commenced by ASIC and the penalty amount that was previously disclosed.

"These penalties have been substantially provisioned (together with anticipated legal costs) in Westpac's full-year 2021 results," the bank said.

Westpac is scheduled to report its second-half results on May 9.