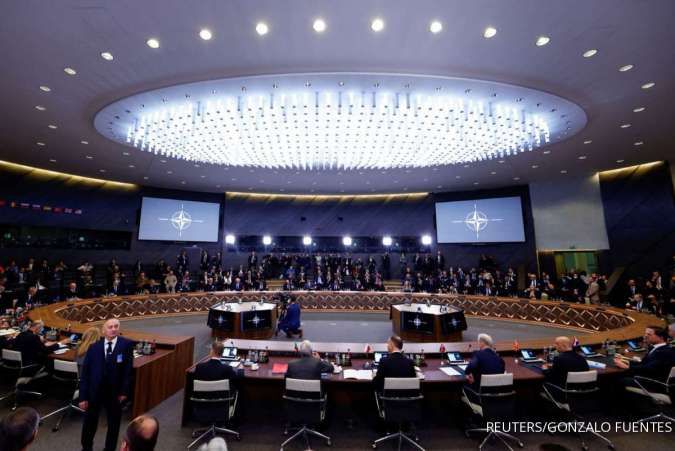 ILUSTRASI. A general view at the start of a round table meeting during a NATO summit to discuss Russia's invasion of Ukraine, at the alliance's headquarters in Brussels, Belgium, March 24, 2022. REUTERS/Gonzalo Fuentes

KONTAN.CO.ID - KYIV/MARIUPOL, Ukraine, May 18 (Reuters) - Finland and Sweden formally applied to join NATO on Wednesday, prompted by Russia's invasion of Ukraine and triggering one of the most significant changes in Europe's security architecture in decades.

The applications came after more than 250 Ukrainian fighters surrendered to Russian forces at the Azovstal steelworks in Mariupol after weeks of resistance, bringing an end to the most devastating siege of Russia's war in Ukraine.

Finland and Sweden were both neutral throughout the Cold War and their decision to join NATO reflects the sweeping shift in public opinion in the Nordic region since Russia's Feb. 24 invasion.

It also brings about an expansion of the Western alliance that Russian President Vladimir Putin had long invoked as one of the main justifications for ordering his "special military operation" in Ukraine in February.

"This is a historic moment, which we must seize," NATO Secretary-General Jens Stoltenberg said at a ceremony in which the Swedish and Finnish ambassadors to the alliance handed over their application letters.

Ratification of all 30 allied parliaments could take up to a year, diplomats say.

Turkey has surprised its allies in recent days by saying it had reservations about the new prospective members, but Stoltenberg said he thought the issues could be overcome.

Ankara has said it wants the Nordic countries to halt support for Kurdish militant groups present on their territory and lift bans on some sales of arms to Turkey.

After weeks in which Russia threatened retaliation against the NATO plans, Putin appeared to abruptly climb down, saying in a speech on Monday that Russia had "no problems" with either Finland or Sweden, and that their NATO membership would not be an issue unless the alliance sent more troops or weapons there.

The steelworks surrender in Mariupol allowed Putin to claim a rare victory in a campaign which many military analysts say has stalled.

While both sides spoke of a deal under which all Ukrainian troops would abandon the steelworks, many details were not yet public, including how many fighters still remained inside, and whether any form of prisoner swap had been agreed.

Buses left the steelworks late on Monday in a convoy escorted by Russian armoured vehicles. Five arrived in the Russian-held town of Novoazovsk, where Moscow said wounded fighters would be treated. Seven buses carrying Ukrainian fighters from the Azovstal garrison arrived at a newly reopened prison in the Russian-controlled town of Olenivka near Donetsk, a Reuters witness said.

Russia said at least 256 Ukrainian fighters had "laid down their arms and surrendered", including 51 severely wounded. Ukraine said 264 soldiers, including 53 wounded, had left. Russian defence ministry video showed fighters leaving the plant, some carried on stretchers, others with hands up to be searched by Russian troops.

There were some women aboard at least one of the buses in Olenivka, Reuters video showed.

The Kremlin said Putin had personally guaranteed the prisoners would be treated according to international standards, and Ukrainian officials said they could be exchanged for Russian captives.

Russian Deputy Ambassador to the United Nations Dmitry Polyansky said there had been no deal, tweeting: "I didn’t know English has so many ways to express a single message: the #Azovnazis have unconditionally surrendered."

TASS news agency reported a Russian committee planned to question the soldiers, many of them members of the Azov Battalion, as part of an investigation into what Moscow calls "Ukrainian regime crimes".

Fighters of the Azov Regiment are lionised as heroes in Ukraine, but reviled by the Kremlin as a band of Russia-hating neo-Nazis.

High-profile Russian lawmakers spoke out against any prisoner swap. Leonid Slutsky, one of Russia's negotiators in talks with Ukraine, called the evacuated combatants "animals in human form" and said they should be executed.

Formed in 2014 as an extreme right-wing volunteer militia to fight Russian-backed separatists, the Azov Regiment denies being fascist or neo-Nazi. Ukraine says it has been reformed and integrated into the National Guard.

The battle for Mariupol is Russia's biggest victory since its invasion, giving it control of the Azov Sea coast and an unbroken stretch of eastern and southern Ukraine. But the port lies in ruins, and Ukraine believes tens of thousands of people were killed under months of Russian bombardment.

Russia's offensive in the east, meanwhile, appeared to be making little progress, although the Kremlin says all its objectives will be reached in its bid to "demilitarise" Ukraine.

Ukraine's military command said Russia continued to shell Ukrainian positions along the entire frontline in the east on Wednesday.

"In the Kharkiv direction, the enemy focused on maintaining its positions and preventing the further advance of our troops," Ukraine's general staff said in a statement.

Around a third of the Donbas was held by Russia-backed separatists before the invasion. Moscow now controls around 90% of Luhansk region, but it has failed to make major inroads towards the key cities of Sloviansk and Kramatorsk in Donetsk in order to extend control over the entire Donbas.

Ukrainian forces have advanced at their fastest pace for more than a month, driving Russian forces out of the area around Kharkiv, Ukraine's second-largest city.

Ukraine says its forces had reached the Russian border, 40 km (25 miles) north of Kharkiv. They have also pushed at least as far as the Siverskiy Donets river 40 km to the east, where they could threaten Russian supply lines. 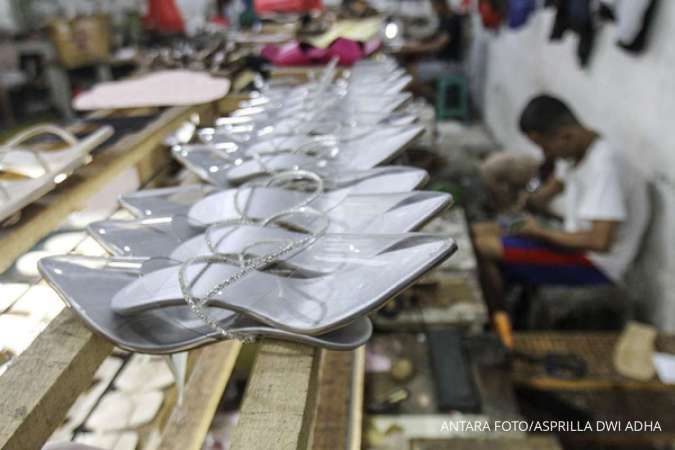