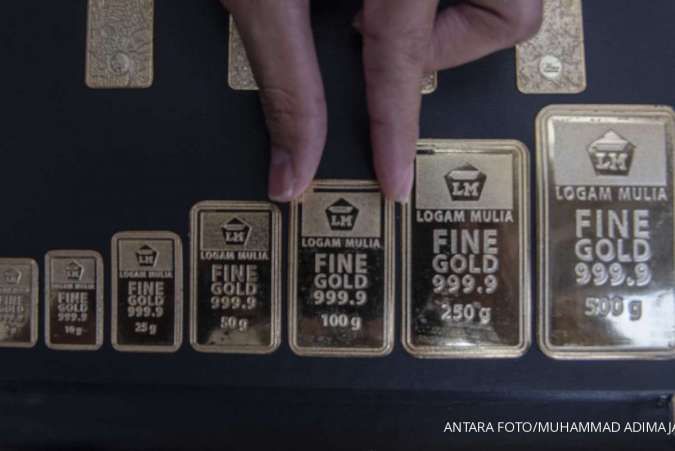 The dollar index scaled a 20-year high, making greenback-priced bullion expensive for those holding other currencies.

Gold's momentum has turned lower and while at some point there will be a safe-haven flow, investors are currently focusing on interest rates remaining high, said Matt Simpson, a senior market analyst at City Index.

In a speech at a top central bankers' conference on Friday, Powell said the Fed will raise rates as high as needed to restrict growth, and would keep them there "for some time" to bring down inflation. He also acknowledged this could bring some pain to households and businesses.

Echoing Fed's stance, European Central Bank board member Isabel Schnabel said central banks must act forcefully to combat inflation, even if that drags their economies into a recession.

While gold is often considered a safe haven during financial uncertainties, it is highly sensitive to rising U.S. interest rates, which increase the opportunity cost of holding non-yielding bullion while boosting the dollar.

Speculators cut their net long COMEX gold position by 15,910 contracts to 30,326 in the week to Aug. 23, data from the U.S. Commodity Futures Trading Commission showed.