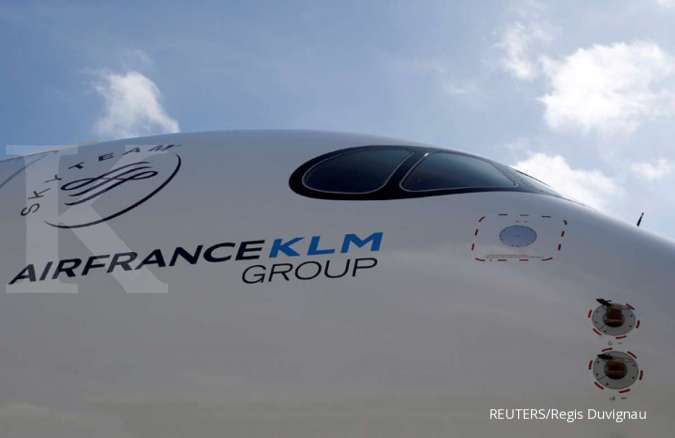 KONTAN.CO.ID - SYDNEY. Qantas Airways Ltd said on Monday it had ordered 12 A350-1000 planes from Airbus SE to be used on what will be the world's longest commercial flight from Sydney to London, as well as 40 narrowbody jets to renew its domestic fleet.

The deal comes as market conditions improve and demand for domestic and international travel recover from the pandemic faster than expected, allowing the carrier to reduce debt and forecast a return to profit in the financial year starting July 1.

"The board's decision to approve what is the largest aircraft order in Australian aviation is a clear vote of confidence in the future of the Qantas Group," Chief Executive Alan Joyce said in a statement.

Qantas did not disclose the value of the deal but it is likely to be in the billions of dollars based on aircraft list prices.

Non-stop flights from Sydney to London, which will take nearly 20 hours, will begin in late 2025 following the delivery of A350-1000s, the airline said.

The A350s will carry 238 passengers across first class, business class, premium economy and economy class, with more than 40% of the cabin dedicated to premium seating, it added.

The deliveries of 20 A321XLRs will start in late 2024, while 20 smaller A220s will arrive from late 2023 - renewing the carrier's ageing domestic fleet. The order also includes options to buy another 94 aircraft that would arrive through to 2034.

"The phasing of this order means it can be funded within our debt range and through earnings, while still leaving room for shareholder returns in line with our financial framework," Joyce said.

The new domestic fleet "will reduce emissions by at least 15% if running on fossil fuels, and significantly better when run on sustainable aviation fuel," Joyce said, further asserting that its "Project Sunrise" would be carbon neutral from day one.

Qantas in December selected Airbus as the preferred supplier for a major order to renew its ageing narrowbody fleet, in a blow to incumbent supplier Boeing.

Reuters on Sunday reported, citing sources, that the carrier was set to announce the deal that brings it closer to launching record-breaking direct flights of nearly 20 hours on the "Kangaroo route" between Sydney and London.

In a separate filing, Qantas said while it expects an underlying operating loss for fiscal 2022, the second-half of the year would benefit from improved domestic and international demand with free cash flow seen rising further in the current quarter.