U.S. Births Rise for The First Time in Seven Years in 2021 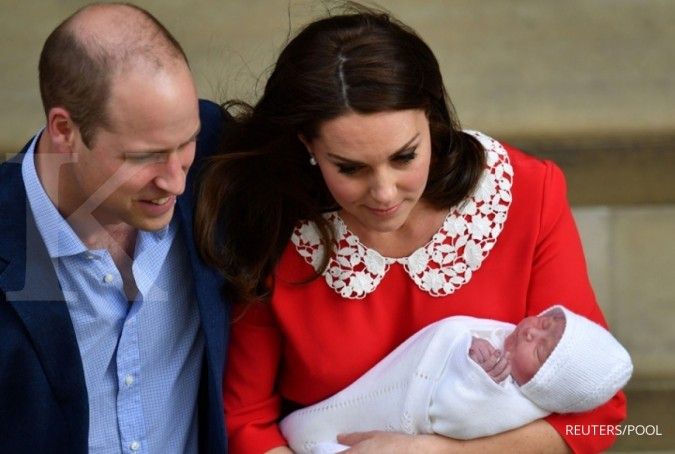 ILUSTRASI. Britain's Prince William and Catherine, The Duchess of Cambridge leaves the Lindo Wing at St Mary's Hospital with their newborn son in London, April 23, 2018. John Stillwell/Pool via Reuters

KONTAN.CO.ID - May 24 (Reuters) - The number of births in the United States grew 1% in 2021 from a pandemic low in 2020, marking the first increase since 2014, according to a report by the U.S. Centers for Disease Control and Prevention (CDC).

While the fertility rate and the number of births in 2021 has increased, they are still below 2019 levels, said Brady Hamilton, statistician at the National Center for Health Statistics of the CDC.

Americans had the lowest number of babies in more than four decades in 2020.

"I suspect delivery rates dropped (from 2019 to 2020), probably because of the economy in relation to the COVID pandemic, but then last year the economy turned around," said Donald Dudley, division director of Maternal-Fetal Medicine at the University of Virginia.

"So that tends to give couples more confidence that they are going to be on firm financial footing and that they can afford a pregnancy."

The CDC analyzed birth records, which it received for the twelve months of 2021 as of February 10, 2022. The records represent nearly all of registered births occurring in the country last year, the agency said.

The agency had in March released data from the first half of 2021 showing U.S. births fell compared to 2020 in the first few months of the year, but rose in June.

"What will be interesting to see is what happens in the next year after we have had problems with inflation and the recent downturn in the economy," said Dudley.