KONTAN.CO.ID -  WASHINGTON, June 22 (Reuters) - U.S. President Joe Biden on Wednesday called for a three-month suspension of the federal gasoline tax to combat record prices, but opposition from lawmakers within his own party suggests the request may never be met.

American families paying much more for gasoline deserve some financial relief, Biden said as he pushed Congress to act, while commenting that a suspension of the 18.4 cents per gallon tax was not enough.

"I fully understand that a gas tax holiday alone is not going to fix the problem but it will provide families some immediate relief, just a little bit of breathing room, as we continue working on bringing down prices for the long haul," Biden said.

He is also asking major oil companies to suggest ideas on how to bring back idled refining capacity when they meet with Energy Secretary Jennifer Granholm on Thursday.

Biden and his advisers face increasing pressure to act as record-high gas prices and overall inflation weigh on the president's opinion poll ratings and cast doubt on Democrats' chances of retaining congressional power in Nov.8 elections.

The administration says the main causes of high prices are the impact of Russia's invasion of Ukraine in February and oil companies reaping sky-high profits as gasoline demand rises with the worst of the COVID-19 pandemic apparently over. Oil companies complain that Biden's administration is unfairly vilifying the industry.

A gas tax holiday is unlikely to lower overall inflation rates, some economists said, and could threaten to undermine Biden's clean-energy and infrastructure goals.

A suspension of the 18.4 cents per gallon federal gasoline tax and 24.4 cent diesel tax would require congressional action.

Baca Juga: IMF Says It Will Start Talks With Tunisia Over Loan Program

Lawmakers in both parties have expressed resistance to suspending the tax. Some Democrats, including House of Representatives Speaker Nancy Pelosi worry oil companies and retailers may pocket much of the savings.

"We will see where the consensus lies on a path forward for the President's proposal in the House and the Senate," Pelosi said in an unusually lukewarm statement about a White House action.

She said she would use a meeting with oil companies on Thursday to press them for answers about what can be done to increase the supply and lower the cost of gasoline, as well as to "ensure that they would pass" gas tax savings on to consumers.

Biden asked Congress to suspend the fuel tax through September to alleviate prices during the United States' summer driving season. The move will cost the Highway Trust Fund roughly $10 billion in forgone revenue, but could be made up from other areas of a budget as tax revenues grow and deficits shrink emerging from the pandemic.

Some states, such as New York and Connecticut, have already paused state fuel taxes, while others have floated ideas such as consumer rebates and direct relief.

"Pausing the federal gas tax will certainly provide near-term relief for U.S. drivers, but it won’t solve the root of the issue – the imbalance in supply and demand for petroleum products," a spokesperson for the American Fuel and Petrochemical Manufacturers industry group said.

U.S. pump prices are averaging near $5 a gallon as soaring demand for motor fuels coincides with the loss of about 1 million barrels per day of processing capacity. In the last three years many plants were closed when fuel demand cratered at the height of the pandemic.

Biden said he understands the politics around Republicans seizing on high gas prices ahead of the elections, but he asked his rivals whether they instead would've chosen not to support Ukraine.

"So for all those Republicans in Congress criticizing me today for high gas prices in America: Are you now saying we were wrong to support Ukraine? Are you saying we were wrong to stand up to Putin? Are you saying that we would rather have lower gas prices in America and Putin's iron fist in Europe? I don't believe that," Biden said. 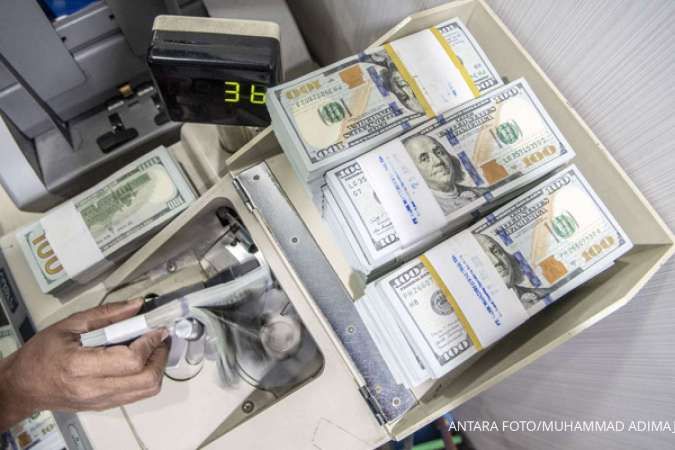