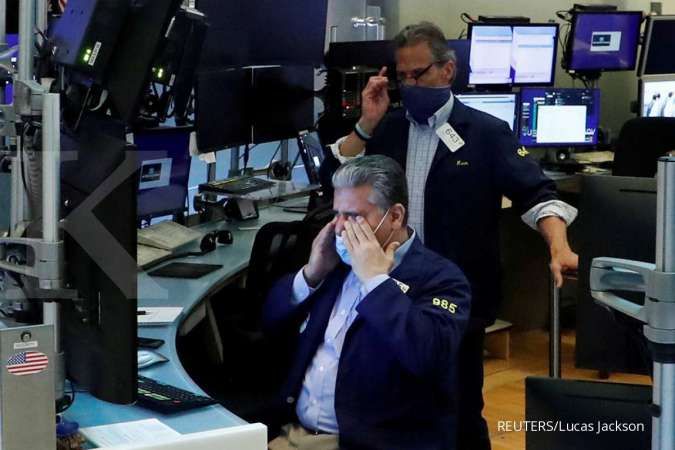 People’s Bank of China Governor Yi Gang added, however, that Beijing will need to consider withdrawing that support at some point.

U.S. Federal Reserve Chair Jerome Powell told lawmakers on Wednesday that although the world’s largest economy is beginning to recover, with some 25 million Americans displaced from work and the pandemic ongoing, it will need more help.

Border tensions between North and South Korea, and between India and China, also helped sour sentiment for risky assets.

Investors rushed to the safety of bonds, with the 10-year U.S. Treasuries yield US10YT=RR falling 2 basis points to 0.710%.

“In the near-term, we have had a lot of risk-off factors including Bolton and geopolitical tensions in Asia,” said Masahiko Loo, portfolio manager at AllianceBernstein in Tokyo.

“But on the other hand, risk assets are supported by ample liquidity from central banks. I don’t see that changing yet and do not expect major sell-off in risk assets.”

In currency markets, the safe-haven Japanese yen earlier rose about 0.2% to 106.81 per dollar JPY=, while the U.S. dollar also firmed against risk-sensitive currencies. The euro was also little changed against the greenback at $1.1249 EUR=EBS.

The British pound traded in a narrow range before a Bank of England meeting where policymakers are expected to expand quantitative easing in the face of a weakening economy and tough trade negotiations with the EU.