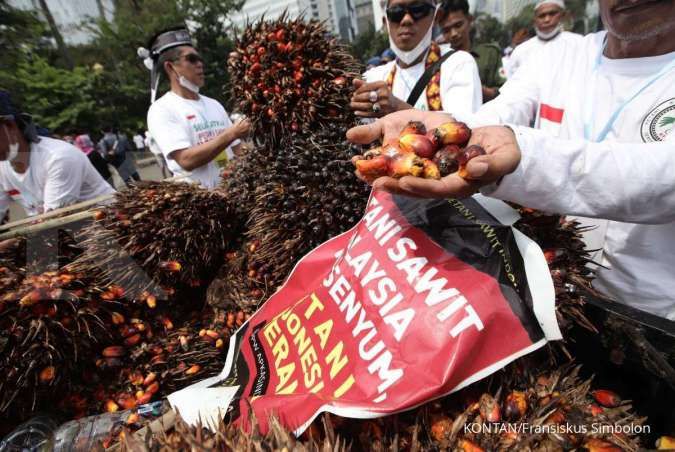 KONTAN.CO.ID - JAKARTA, May 25 (Reuters) - Indonesia will determine palm oil producers' mandatory domestic sales volume based on their refining capacity and local demand for cooking oil, a trade ministry regulation document showed on Wednesday, as the government plans an industry audit.

The world's top palm oil producer allowed the resumption of crude palm oil exports and its derivatives from Monday but put in place a policy of mandatory sales to the local market at a certain price level, known as a domestic market obligation (DMO), to secure the supply of the vegetable oil at home.

Traders in India had said Indonesian sellers were waiting for details of the DMO before they take on larger orders.

Each company's compliance with the DMO will be used as the basis for the volume they are allowed to export, the regulation reviewed by Reuters stated. Producers and exporters will also be required to participate in the government's bulk cooking oil programme.

The trade ministry regulation takes effect immediately, but the Indonesia Palm Oil Association (GAPKI) said the wait is not yet over as some aspects of the DMO will be determined by other rules deriving from the ministerial regulation, such as the technical procedure to calculate the volume of the DMO.

GAPKI secretary general Eddy Martono said the industry is waiting for the government to announce those rules and that no export permit had been issued yet.

The industry ministry on Wednesday released a separate regulation stating that data from its bulk cooking oil distribution platform will also be used to determine export permit issuance.

An industry ministry official said in a statement companies that had distributed bulk cooking oil between March 18 and May 31 could choose to receive a subsidy from the CPO fund agency or get an export permit.

Meanwhile, the government plans to audit all palm oil companies operating in the country and require them to move their headquarters onshore amid efforts to improve governance of the sector, senior cabinet minister Luhut Pandjaitan told local media.

Luhut's spokesperson, Jodi Mahardi, said on Wednesday the government will audit companies' land size, partnership with nearby smallholder farmers, and tax reports, among others.

The government will also get palm oil companies to set up headquarters in Indonesia, Jodi said, without elaborating.

Several Indonesian palm oil companies are listed or headquartered in neighbouring Singapore while some Malaysian companies operate plantations in Indonesia through local subsidiaries.

Luhut said the audit could be launched as early as next month, while Jodi added it could happen after cooking oil prices stabilise.