U.S. to Cancel $6 Billion in Student Loans for 200,000 Defrauded Borrowers 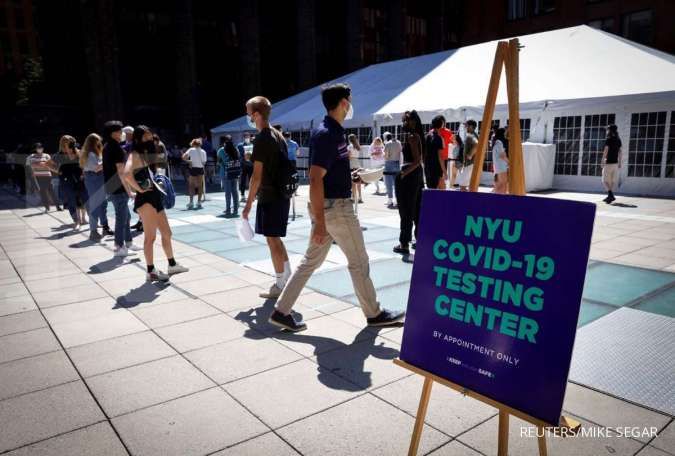 KONTAN.CO.ID - WASHINGTON, June 23 (Reuters) - The United States will cancel $6 billion in student loans for 200,000 borrowers who claimed they were defrauded by their colleges, the administration of U.S. President Joe Biden said.

A settlement agreement between the borrowers and the U.S. Department of Education was filed with the U.S. District Court for the Northern District of California on Wednesday and must be approved by a federal judge.

Student debt cancellation has become a priority for many liberals and one that could shore up popularity with younger and more highly-educated voters, who lean Democratic, before November's midterm congressional elections. Read full story

About 43 million Americans have federal student loan debt, according to educationdata.org.

The loans of those borrowers will be fully eliminated, and any payments they made will be refunded, according to the court filing of the settlement deal.

The lawsuit from borrowers had accused the administrations of Biden and former President Donald Trump of illegally delaying for years any action on the applications that borrowers had filed with the Education Department seeking debt relief.

In a statement on Thursday, Education Secretary Miguel Cardona described the settlement as "fair and equitable for all parties" and said it will deliver "billions of dollars of automatic relief" to the 200,000 borrowers.

The Project on Predatory Student Lending, which represents students across the U.S. in fighting against student debt, described the settlement as "momentous."

The Biden administration had previously approved $25 billion in student debt forgiveness for about 1.3 million borrowers.

The administration had been reluctant to unilaterally make an unprecedented cancellation of college debt owned by the U.S. government. The president had instead earlier asked Congress to pass a bill forgiving debt that he could sign.

White House says no decision made on student loan forgiveness.

Biden looks at student loan forgiveness but not $50,000.