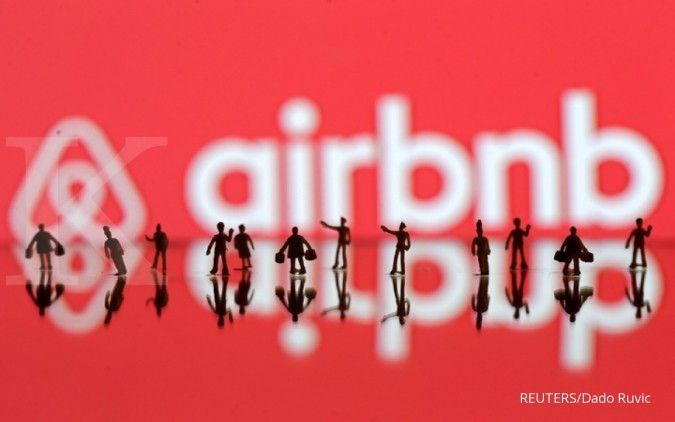 KONTAN.CO.ID - May 13 (Reuters) - U.S. travel booking firms are spending heavily on marketing to get more people to book flights and accommodation on their apps and websites as they look to make the most of a post-pandemic boom in tourism during the upcoming summer season.

After becoming one of the biggest victims of the health crisis, companies including Airbnb Inc, Booking Holdings Inc, Expedia Group Inc and Tripadvisor Inc have quickly turned a corner due to unprecedented demand for travel from pandemic-weary Americans.

About six in 10 Americans have made plans to do at least one summer trip this year, according to monthly data from non-profit firm U.S. Travel Association released in April. "This could be the biggest summer of travel in our lifetime and the last thing anyone would want to do is miss out," Bernstein analyst Richard Clarke told Reuters.

The U.S. travel industry is expected to spend 14.2%, or about $4 billion, of their marketing budget this year for digital advertising, according to market research firm Insider Intelligence.

Although the boost in spending is expected to create a dent in profits in the short-term, benefits from the effort may far outweigh costs in the coming years, as travel demand is only set to soar.

"Customers are ready to pay premium prices for bookings. There's been a lot of savings over the last two years ... so even with inflation, there's enough customers that will pay higher prices just to get some travel in," HotelPlanner Chief Executive Tim Hentschel told Reuters.

For example, ticket prices in March for U.S. domestic flights were 15% higher month-on-month, according to Adobe Digital Economy Index, but that rise has not hit demand for flying, suggesting Americans are shrugging off the impact of surging inflation at least for now.

Travel firms are going all out to woo vacationers and are taking all possible measures from sprucing up their websites to offering innovative services.

Earlier this month, Airbnb finance chief Dave Stephenson said the company was increasing its "marketing dollars", though it would stay relatively consistent as a percentage of revenue.

On Wednesday, the San Francisco-based company revamped its app and website to allow travelers to split their holidays between two properties and book homes by browsing through an extensive list of categories without the need of entering a destination. Read full story

Meanwhile, Booking said it expects marketing spend in the second quarter to form a slightly bigger percentage of its gross bookings versus pre-pandemic levels whereas rival Expedia expects to "spend into the (travel) recovery".

Marketing and advertising costs form the bulk of the overall expenses at most travel companies, which have to look for new and innovative ways to keep people interested in their products.

Booking's marketing expenses accounted for about 46% of its total operating expenses in the first quarter, while Expedia's selling and marketing spend was nearly 60% of costs and expenses.

"We think that this year, in a recovering travel marketplace, there's potentially once in a generation opportunity to really lean into both marketing and merchandising," Booking Chief Financial Officer David Goulden said earlier this month.